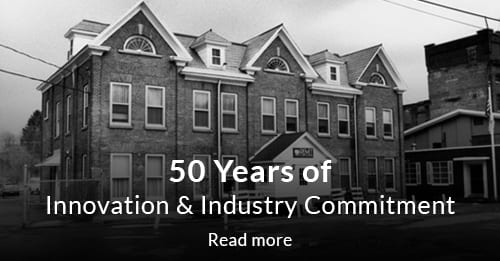 December 2020 marks the 50th anniversary of REMET, in this time REMET has established itself as a world leader in foundry materials technology. 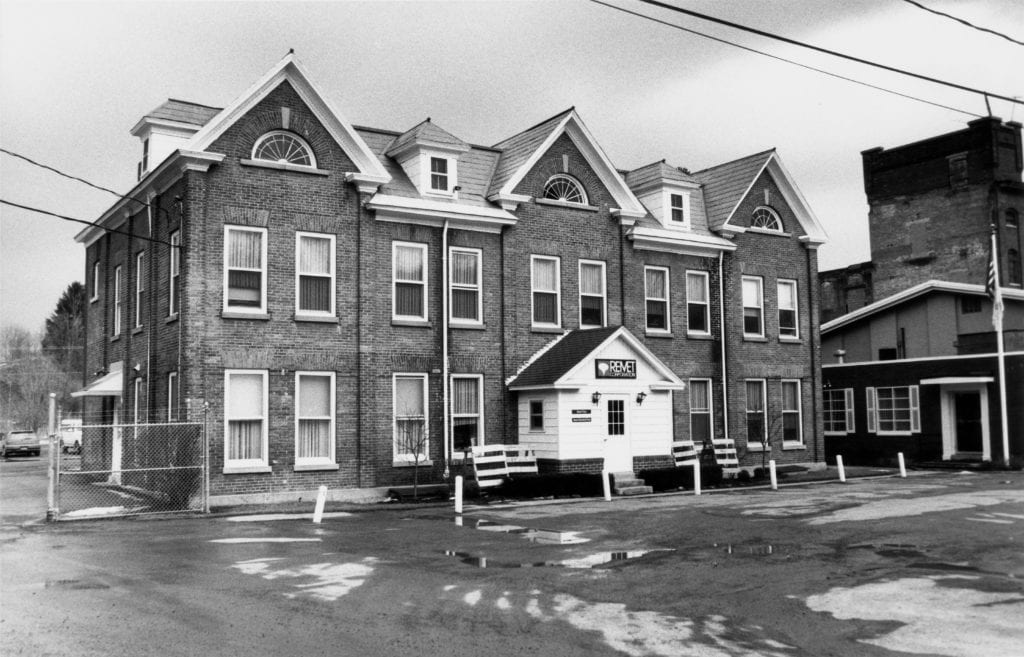 In 1972 REMET relocated to Utica, NY to support its growing customer base and extend their sales and technical support nationwide. 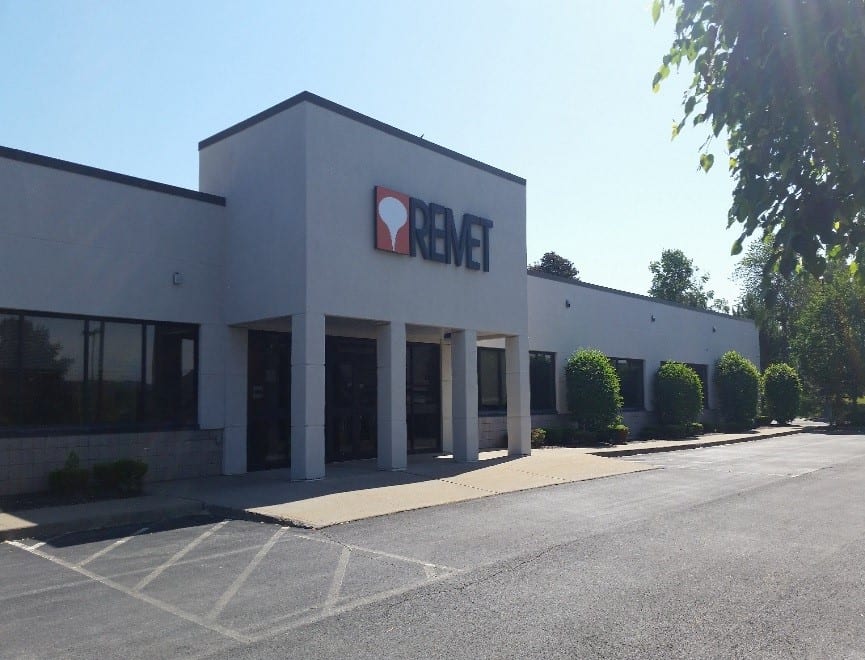 Within 4 years REMET had developed a manufacturing plant in Utica. Initially formulating binders, the first product produced was a hybrid ethyl silicate binder for the investment casting industry. This was expanded to include a range of products including colloidal silica, polymer additives, and proprietary custom blended compounds. 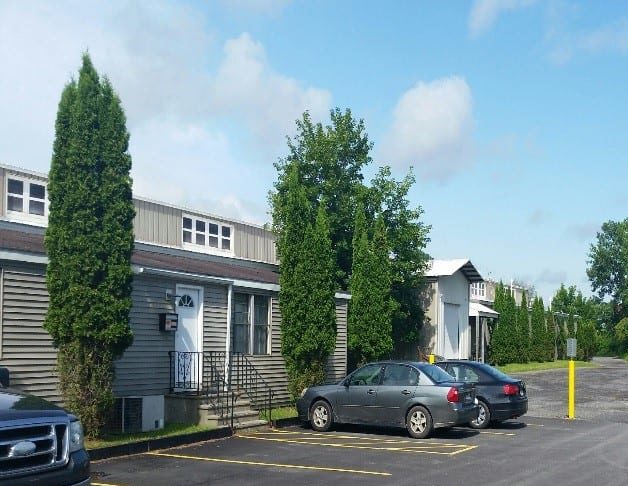 In the 1980’s REMET set up operations in the UK initially with one technical sales representative to support the growing European market. It quickly became obvious there was a large demand in Europe and 2 global strategic supply partners were brought in to support this market. 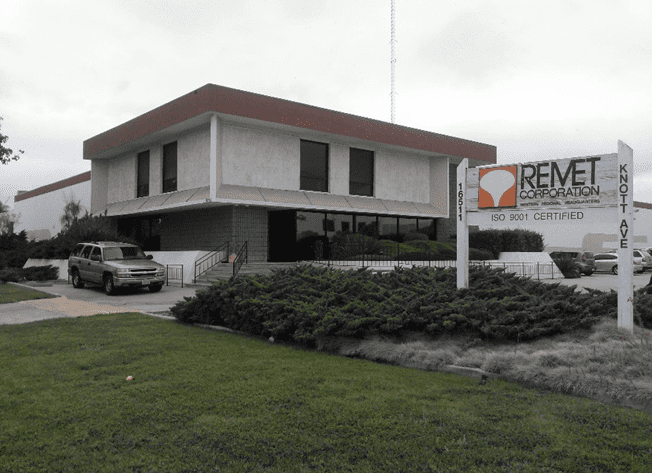 In 1986, REMET set up REMET Alcohol at its La Mirada, CA facility to take an opportunity to distribute pure and denatured ethyl alcohol to the cosmetic, food, and medical markets in Southern California. 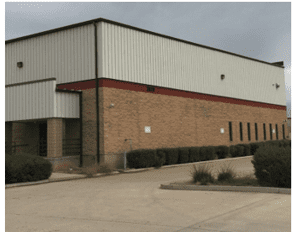 Taking advantage of its in-depth knowledge of wax chemistry, REMET formed a division to specialize in non-metallurgical applications, Now called the Enhanced Wax Products businesses, this division focuses on the manufacture of waxes for a wide range of applications including: packaging, candles, cosmetics, and many other specialty applications. 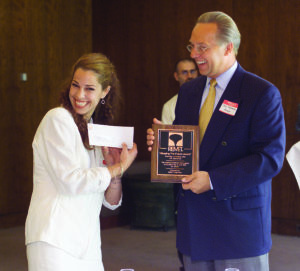 John S. Paraszczak presents the “Shaping the future” Award in 2001

In conjunction with the School of The Art Institute of Chicago (SAIC), REMET launched the “Shaping the Future” Award in 1997. This competition inspires artists to develop incredible works of art that are produced demonstrating the advantages of the investment casting process. Judged by a panel of experts from the arts, industry and educational communities at large. This annual competition This annual competition also fostered the REMET UK Art Prize, where, after many years of working with the Royal College of Art, we currently inspire young artists at Kingston-upon-Thames School of Fine Art. 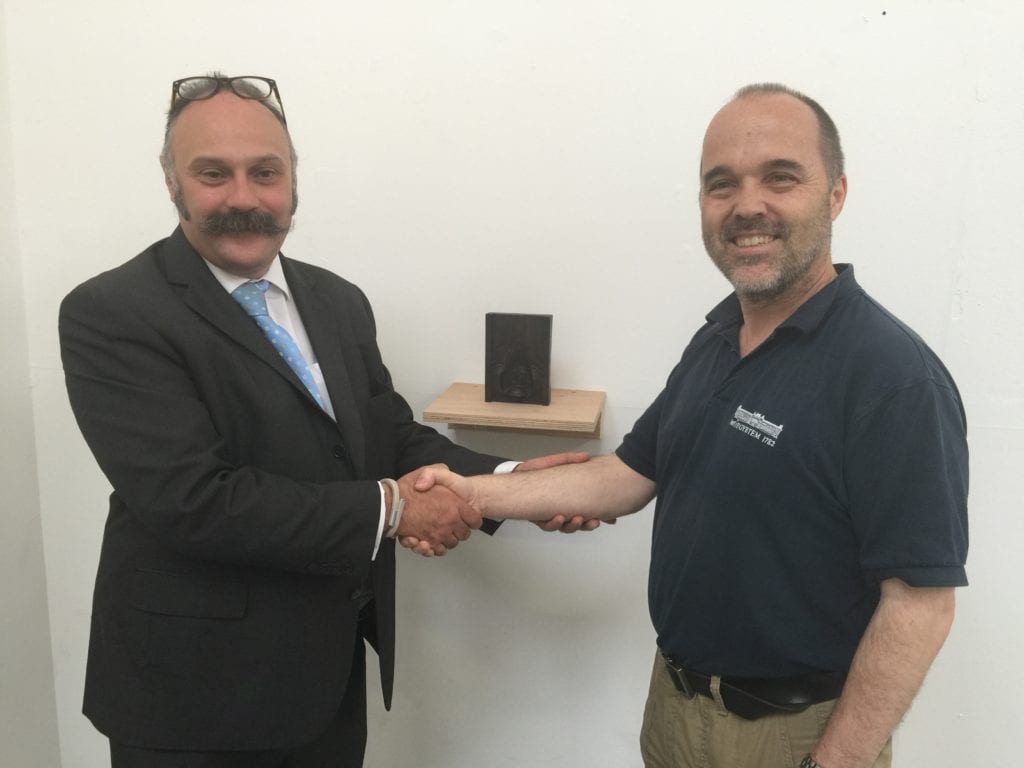 In 1999, REMET was acquired by Burmah Castrol and merged with the Dussek Campbell Yates (DCY) wax business led by John S. Paraszczak CEO of Dussek Campbell Yates, and Stephen S. Pilbury Managing Director (DCY- UK). This made REMET one of the world’s largest supplier of value-added consumables in the global investment casting industry.

In 2003, REMET was bought out by a management group, led by President & CEO John Paraszczak, who had been leading the DCY wax business for nearly 20 years. 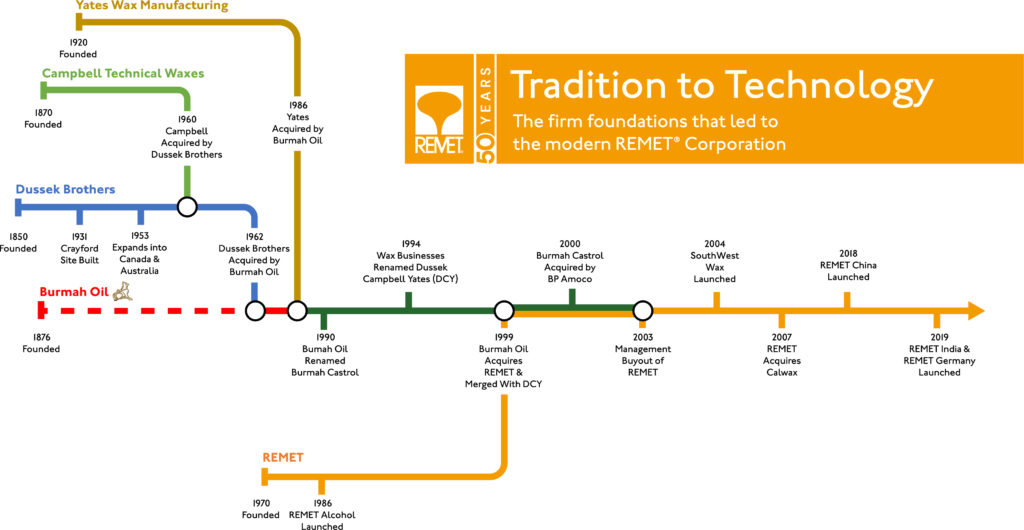 2004 saw the launch of REMET’s Enhanced Wax Products business as an independent company under the name SouthWest Wax, initially focusing on providing products to the Investment Casting industry. This business was expanded further in 2007 with the acquisition of Calwax which also owned the LaLuz brand. 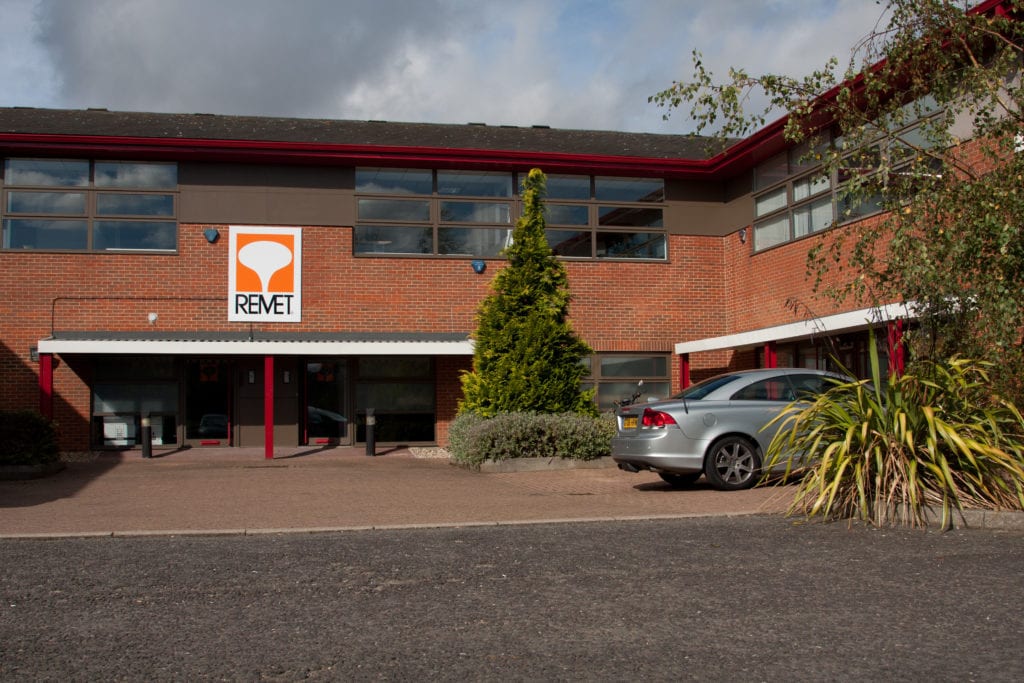 Also in 2004, REMET relocated its European Headquarters to a purpose-built facility in Rochester, UK. This facility featured a fully equipped laboratory, wax and shell room, and a year later added a manufacturing and distribution centre. Establishing a Green ethic, which continues to this day, the REMET warehouse and distribution was the first plant in the area to incorporate a solar array in its roofing. 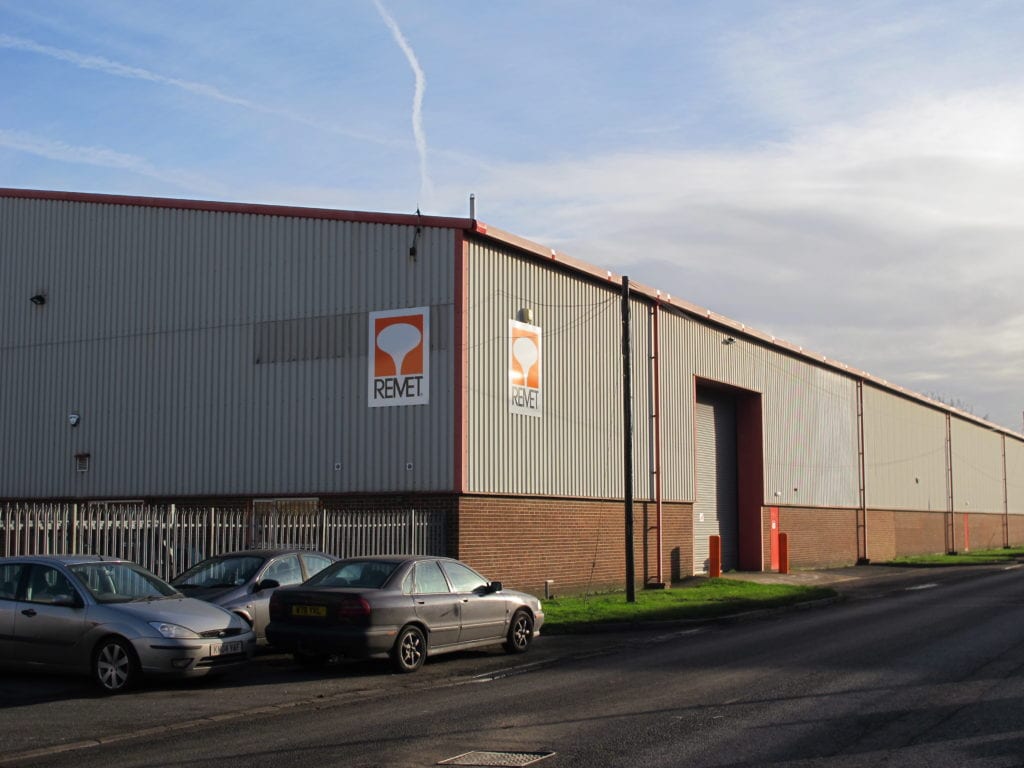 REMET expanded its reach into the Far East with the formation of REMET Investment Casting Materials (Shanghai) Co., Ltd. (2018) and into India with REMET Technocast Materials India Pvt Ltd. (2019). 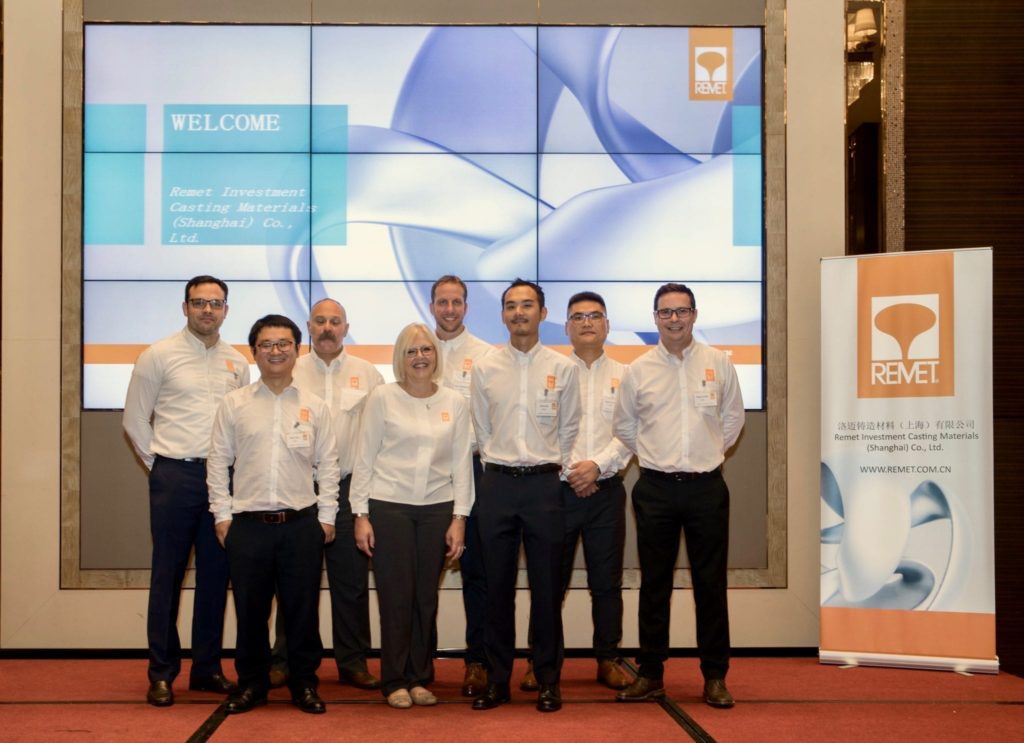 The Expansion Team at the Launch of REMET in China

More recently, As the UK leaves the European Union and in order to meet the demands of a changing European market, REMET launched REMET GmbH based in Muenchen, Germany. Through its strategic network of worldwide locations and global supply partners, REMET continues to offer the global investment casting industry the most robust and effective value-added products, backed by knowledgeable and valued technical support. This coupled with serving many other end-use applications supported by its Alcohol and Enhanced wax Products businesses, makes REMET a global partner to many industries.

REMET is proud of its long associations with the foundry organizations ICI, EICF, CMF, JACT, and IIF.

Remet was the leading innovator of introducing and converting the global PIC industry to the use of wax pastilles in the wax pattern making process in the 80’s. This monumental initiative contributed to vast improvements in productivity, quality, safety as well as reducing energy and waste. This product form innovation and conversion helped the worldwide PIC industry continue to thrive as a metallurgical manufacturer offering net shape castings, in comparison to other metal products alternatives like sand foundries, stampings, forgings, and extrusions.

Remet also led the way providing preferred “closed-loop” wax recycling for its customer base to avoid any potential environmental issues associated with co-mingling of variable reclaim waste feedstocks and in turn, helping the environment by reducing solid waste.

Another key driving force behind REMET’s success over the last 50 years has been its development and introduction of many of the industry’s leading products including:

FASTFORM® is a patented range of pattern waxes are specially formulated to behave like highly filled waxes whilst containing minimal or no filler, again with productivity (economic) and solid waste reduction (environment) as key drivers behind this invention.

Our innovative range of soluble waxes greatly reduce core leach times and have proved to be some of the best soluble waxes available to the global PIC marketplace.

REMASIL® was the first brand of refractories specifically developed for the investment casting industry. These were complemented by the introduction of the ADBOND® range of enhanced binder systems, which combined to produce very high-quality shells.

REMET’s research and development teams in the US and Europe continue to develop new and innovative value-added solutions that answer the ever-present, day to day challenges of foundries worldwide. These unique products and the solutions they offer relieve specific foundry pressure points, improve productivity across the industry all while keeping as its cornerstone, the protection of the environment.

Some recent innovations include:

Across the last 50 years, REMET has been issued over 50 patents covering waxes, binders, and shell technology (averaging 1 per year). 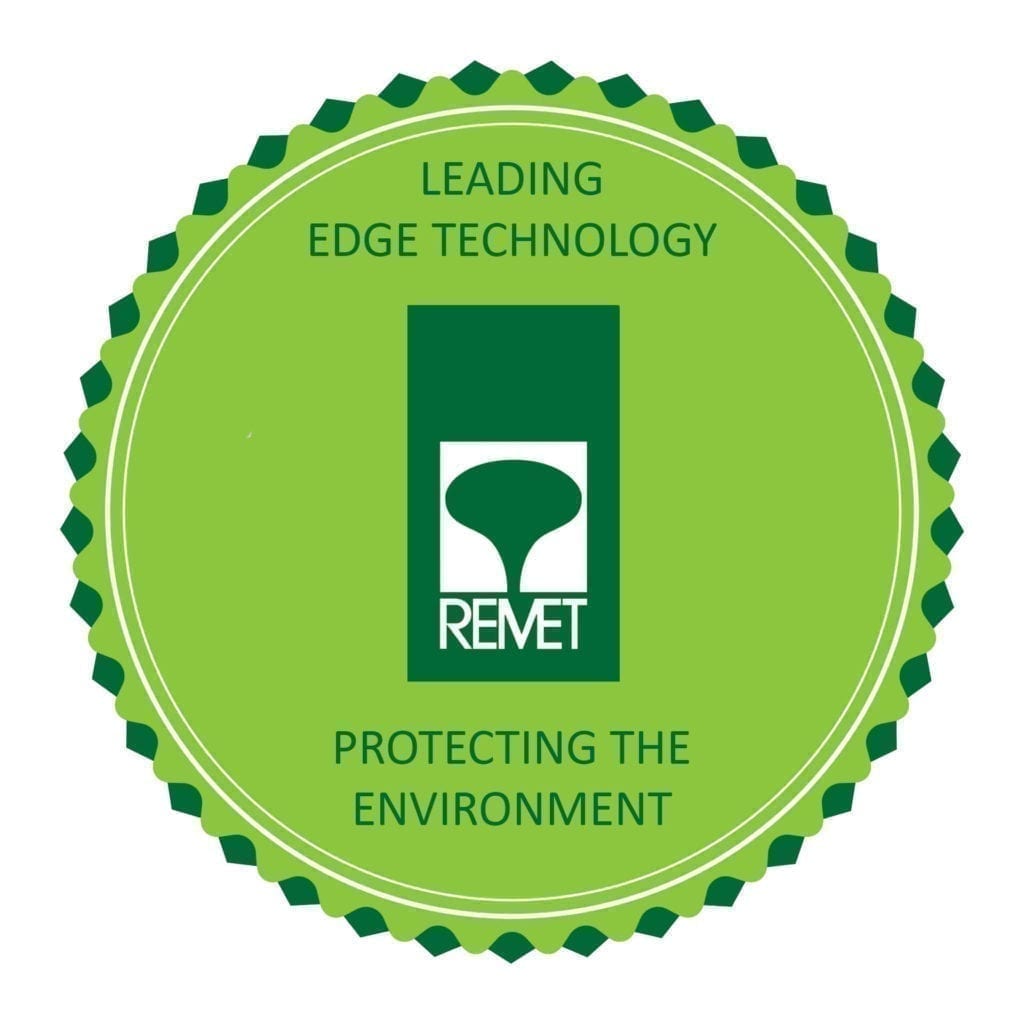 Looking to the future, REMET continues working on ways to reduce net casting manufacturing costs and lessen the impact the investment casting process has on the environment. This commitment to “leading edge technology – protecting the environment” for future generations is one of the main influences driving its product development.

REMET have been Your Concept to Casting Partner® for over the last 50 years and will be there to support you long into the future.

19 January, 2023 REMET® wishes all our friends a Happy and Prosperous Chinese...
Read More